Larry Savage is Professor in the Department of Labour Studies at Brock University. He has previously served as a member of the Executive Council of the Ontario Federation of Labour. His research is concerned with examining the link between organized labour and politics. His current research involves evaluating collective bargaining and union organizing strategies.

Charles Smith (Ph.D York) is an Associate Professor in the Department of Political Science at St. Thomas More College, University of Saskatchewan.  His research interests include Canadian and International political economy, public law, labour unions and federal and provincial public policy. He is the author of Transforming Provincial Politics (2015) and Unions in Court: Organized Labour and the Charter of Rights and Freedoms (2017). He has also authored numerous articles on Saskatchewan Politics, Labour in Court and Labour History. Charles is also co-editor of Canada’s foremost labour studies journal Labour/Le Travail

Alison Braley-Rattai is Assistant Professor in the Department of Labour Studies at Brock University. Her areas of research and teaching expertise include the interaction of labour law and the Canadian Charter of Rights and Freedoms, industrial relations, labour and employment law, as well as human rights in the workplace.

Steven Tufts is an Associate Professor in the Department of Geography at York University. His research interests intersect urban, economic, and labour geography. Current projects on the geographies of work and workers include labour in hospitality and tourism-related sectors, labour unions and urban economic development, and labour and rising populism in North America. He is also spokesperson for the Toronto Airport Workers’ Council. 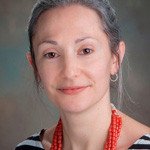 Kendra Strauss is an Assistant Professor of Labour Studies at Simon Fraser University and an Associate Member of the Department of Geography. Her research and writing focus on pension issues, labour market restructuring, unfree labour and labour trafficking, and social reproduction.

Thomas Collombat is Associate Professor of Political Science and Chair of the Department of Social Sciences at the Université du Québec en Outaouais. His research focus is on the socio-political dimensions of trade unionism, both from a transnational and comparative perspective. He is currently studying North-South relations within International Labour Movement Organizations in the Americas, as well as the impact of political change on labour unions in South America. He also examines the revitalization of the labour movement in Québec, specifically by looking at the role of labour councils.