Charles Smith (Ph.D York) is an Associate Professor in the Department of Political Science at St. Thomas More College, University of Saskatchewan.  His research interests include Canadian and International political economy, public law, labour unions and federal and provincial public policy. He is the author of Transforming Provincial Politics (2015) and Unions in Court: Organized Labour and the Charter of Rights and Freedoms (2017). He has also authored numerous articles on Saskatchewan Politics, Labour in Court and Labour History. Charles is also co-editor of Canada’s foremost labour studies journal Labour/Le Travail

Secretary | To Be Filled 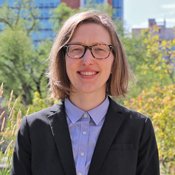 Julia Smith is an assistant professor in the Labour Studies Program at the University Manitoba. She studies labour relations in Canada and the history and politics of women’s labour activism.

Steven Tufts is an Associate Professor in the Department of Geography at York University. His research interests intersect urban, economic, and labour geography. Current projects on the geographies of work and workers include labour in hospitality and tourism-related sectors, labour unions and urban economic development, and labour and rising populism in North America. He is also spokesperson for the Toronto Airport Workers’ Council. 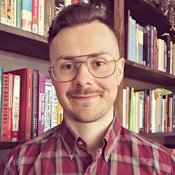 Adam D. K. King is a Senior Researcher in Social and Economic Policy at the Canadian Labour Congress. His areas of research include employment standards compliance and enforcement, labour market policy and the regulation of Indigenous labour.

Larry Savage is Professor in the Department of Labour Studies at Brock University. He has previously served as a member of the Executive Council of the Ontario Federation of Labour. His research is concerned with examining the link between organized labour and politics. His current research involves evaluating collective bargaining and union organizing strategies.