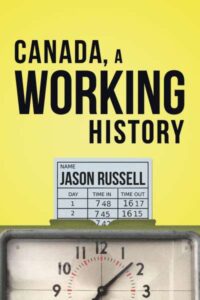 The book describes the ways in which work has been performed in Canada from the pre-colonial period to the present day. Work is shaped by a wide array of influences, including gender, class, race, ethnicity, geography, economics, and politics. It can be paid or unpaid, meaningful or alienating, but it is always essential. The work experience led people to form unions, aspire to management roles, pursue education, form professional associations, and seek self-employment. Work is also often in our cultural consciousness: it is pondered in song, lamented in literature, celebrated in film, and preserved for posterity in other forms of art. It has been driven by technological change, governed by laws, and has been the cause of disputes and the means by which people earn a living in Canada’s capitalist economy.