Two books have been co-awarded 2020 CAWLS Book Prize, honouring the best book in Canadian work and labour studies published in 2019.

Disrupting Deportability: Transnational Workers Organize, by Leah Vosko, and 1919: A Graphic History of the Winnipeg General Strike, by the Graphic History Collective and David Lester. 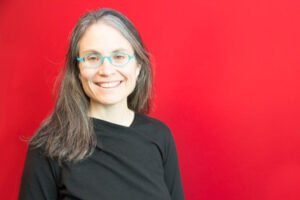 rize Committee, headed by previous CAWLS Book Prize winner Enda Brophy, noted how successfully Vosko’s book combines policy, legal and archival research, capturing the struggles of Mexican migrant workers and the UFCW 1518 against a regime of migration management that systematically reproduces conditions of deportability and undermines union efforts to provide workers with collective representation. Scrupulously researched, intelligently constructed and argued, the book presents complex arguments around migration management and high-level policy and legal analysis, while never losing track of the voices of resistance on the ground and in the fields. The Committee felt the book advances labour studies scholarship on migrant workers by contributing to the debates around the concept of deportability, highlighting it as both a deeply problematic effect of a legal/policy framework and a lived reality for workers in the Seasonal Agriculture Workers Program. 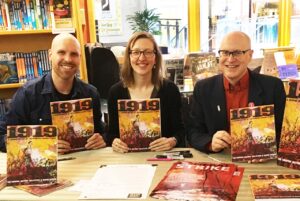 The Committee felt that the graphic novel produced by the Graphic History Collective and David Lester offers labour scholars and teachers of labour history a rare gift: a vigorously-researched labour history combined with a visually stimulating graphic novel which will spark interest in Canadian labour history for decades to come. 1919: A Graphic History of the Winnipeg General Strike tells the story of labour revolt that shook the foundations of Winnipeg, western Canada, and the whole country, becoming a touchstone event in Canadian labour history. The book is a clear example of community-inspired research, and the committee felt strongly that the project by the Graphic History Collective and David Lester makes an exceptional contribution to labour studies in Canada by inventively adopting a format which, while not conforming to the usual academic mode of exposition, has the capacity to circulate radical labour history to new audiences.

Congratulations to this year’s awardees!